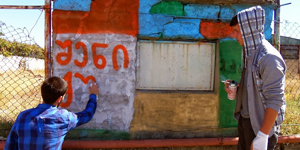 The topic of the project was art in public space. The main theme was to organise a week, where youth of different cultural backgrounds could learn from each other, take responsibility for the public space they use, while also having fun. The project aimed to create an environment, where participants move beyond the cultural and national boundaries, while finding new ways of interacting and cooperating through amateur art and expressing themselves in public space.

The street art and handicraft that participants produced together was one of the methods, which helped them to learn more about each other, the region and other nations. 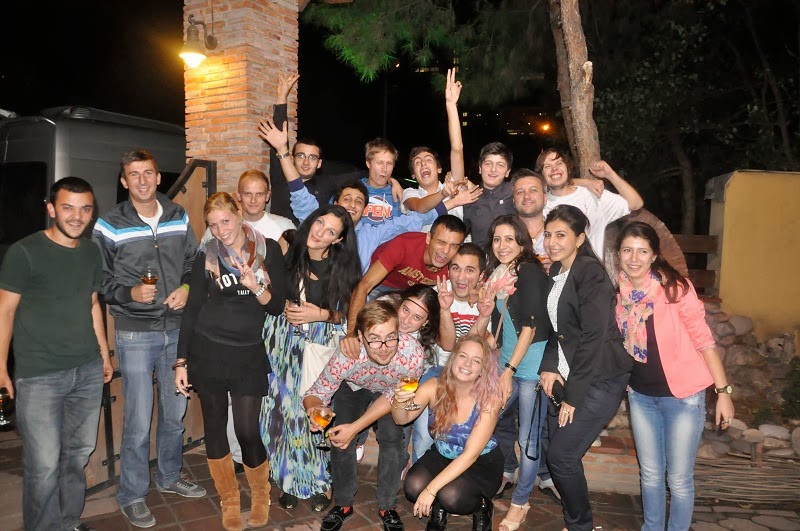 There was also some time dedicated to the culture of the participating countries. All participants had a chance to present their culture to other participants during a special day dedicated to their culture, during which they were teaching the others songs, dances and games from their country. In this way other participants got to learn something new and fun and this brought a positive awareness towards the culture of others. In order to combat prejudice and racism we used intercultural games to help participants to deal with differences and open their eyes towards other cultures. By playing games, participants learnt a lot in a non-formal way.

During the project participants got used to living and working with others, who have different habits, speak different languages etc. This helped to develop their tolerance and understanding of diversity. Participants learnt how to plan local artistic activities with a group, put ideas into practice, work in the international team, they got to know some techniques (slow motion animation, graffiti). Also participants gained cultural awareness, openness, sensitivity (as well as towards local community) and understanding public space, the role of art and culture in it. However, the greatest achievement was that all participants of the project were from very different backgrounds and cultures, in spite of that they managed to overcome these differences and cooperate effectively, while having fun at the same time.

We invite you to a blog about the project run by participants from different countries. You can see there results of our work and a lot of pictures: Urban Creatures.

A stop-motion animation created during one of the workshops, directed by Radek Kowalik:

Partners: Youth Association DRONI; YouthClub for Intercultural Dialogue, Democracy and Peace; Povod, Institution for Culture and Development of the International Relations in Culture.

The project was co-founded from EU funds – "Youth in Action" program.