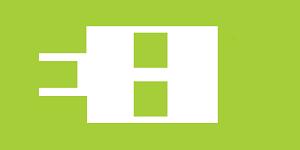 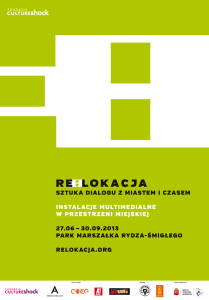 Can the new technologies art build a dialog between city and its inhabitants?

We tried to answer this question by "Skarpa: Relokacja" project – innovative, multimedia artistic concept, whose essential material was the urban tissue. The project was created by kilku.com collective and realized by Culture Shock Foundation. It consisted of three interventions in public space. The project’s theme and inspirations were time and its perception, identity of a place and relations between the city and its inhabitants. The installations were visible in all their glory after dark. They were activated in Marshall Rydz-Śmigły Park.

The project’s aim was to revive the area and initiate a dialog between the city and its inhabitants. We would like the installations to induce the passers-by to an active and reflective reception of surrounding reality – say members of kilku.com

The locations of the exhibition aims to revive the embankment area, which is a place of particular meaning for us. Through our action we would like to draw the attention of Warsaw citizens to its unique ambient. It’s worth knowing that “Skarpa” is almost in the city center, but on the other hand, also a peaceful area, where you can relax away from the traffic noise – adds Paulina Jędrzejewska from Culture Shock Foundation. 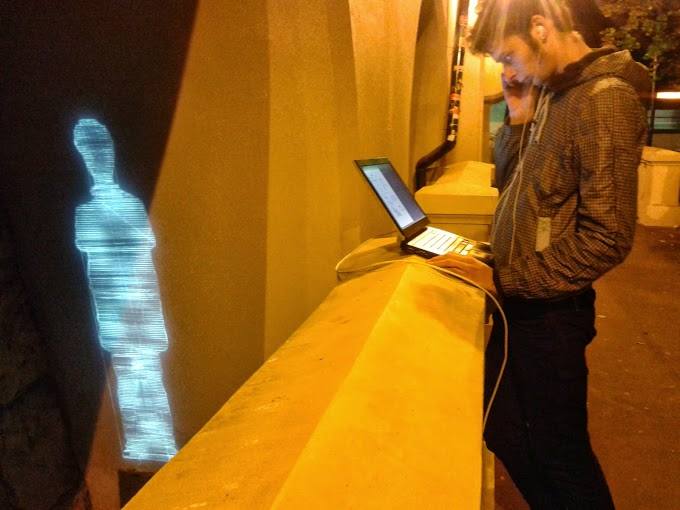 An interactive projection, whose protagonists of the imaginary times, with different identities and personalities, reacted dynamically on the everyday city noises.

Localization: passage under the Poniatowski Bridge, near Powiśle railway station. 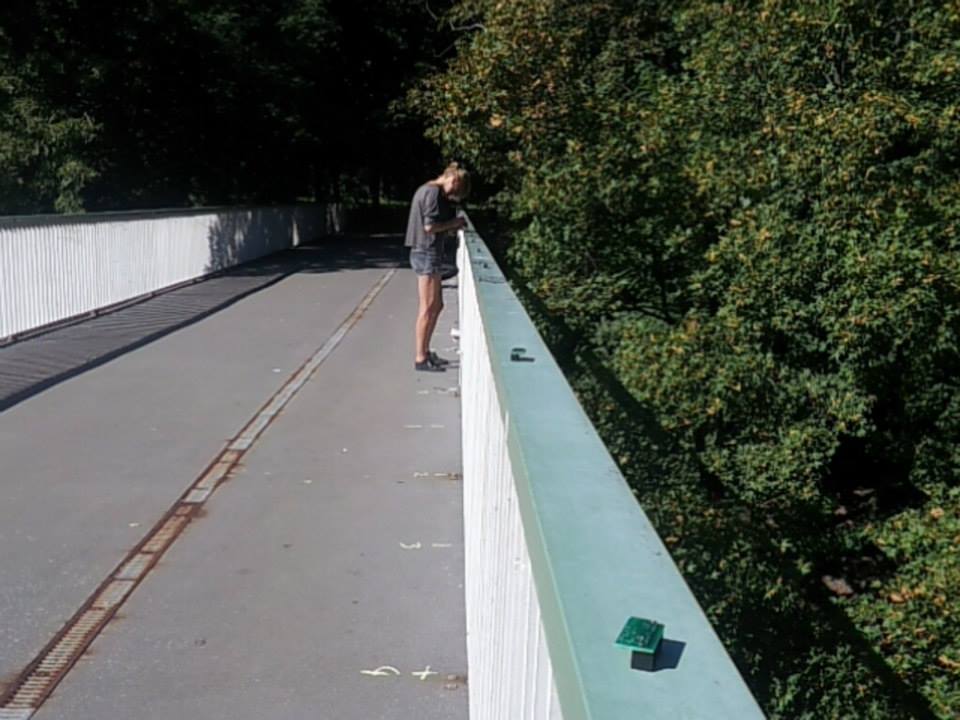 Visualization of space of the future – space interacting with the people inside of it. Light and sound waves evoked by people passing through the footbridge, enable to sense the connection between human and the environment, opening the space for observation of relationships between inhabitants and the infrastructural ambient. 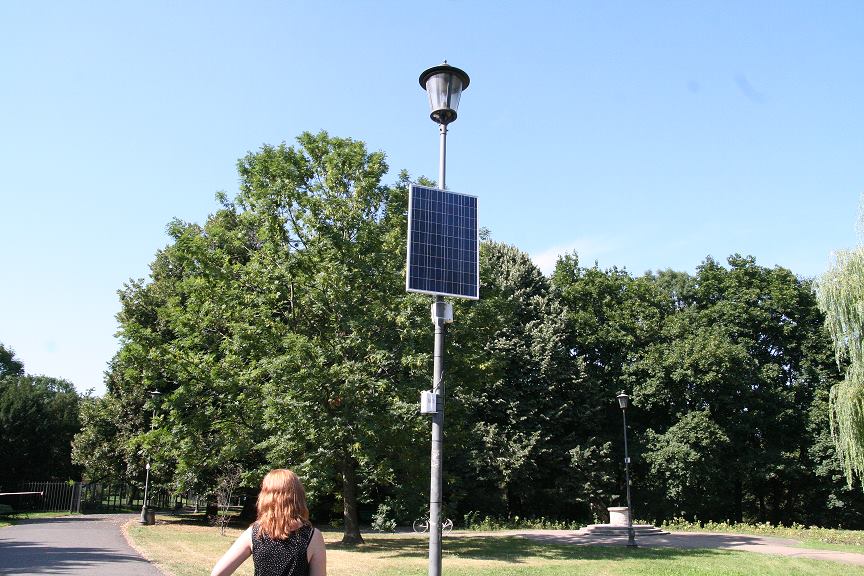 Three street lamps equipped in devices, that regulate sounds, which are the words pronounced by the passers-by. The installation initiated a dialog with a passer-by, by recalling selected episodes of the park history. The narration was stimulated by the passer-by and continued by the installation. It presented the past in several perspectives, updating various images and interpretations of history, also the history of the place.

The spatial binder, which fulfills a function of the installation’s guide, were stencils with QR codes referring to the website of the project.

Full gallery and descriptions can be found on Facebook.

Media about us (only in Polish): O.pl.

Brochure about the project (only in Polish):

The project was co-founded by the City of Warsaw in terms of innovative and experimental artistic projects. 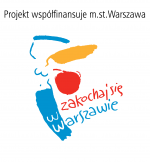