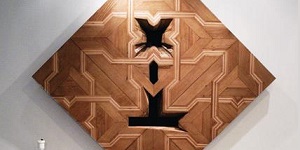 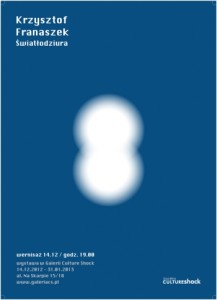 Krzysztof Franaszek is a sculptor. He creates objects and installations presented so far at four individual exhibitions and several collective exhibitions in Poland and abroad. Among others, at Warsaw Studio Gallery “asfalt” 2009, „centrum” at ASP assembly hall in 2012, or at the collective project of various artists “lokal to lokal” – exhibition at the post-Soviet military base. His spatial art work display large objects inspired by different places, a cycle of changes, observation of omnipresent continuity in constructing and destroying.

Land relief of the city

City, mass, matter. Space, solid, object. The path of subjective urban topography runs from the artist workshop interiors through the frame cut out of the window view and a deep, backyard well. The negative of a void in an open space suddenly comes across a heavy positive of an obelisk. Everything has a dimension and weight. It exists inside, outside and within. Separated, carved, mined can become objectified and indicated anew and isolated from concrete places in the city. Artist literally weights the status of the matter, revealed backstage and depicted new passages make recognizable architecture, details and views to fold and unfold afresh. Light is a catalyst. It bonds the sculpture and the objects with drawings, photographs, the space of a gallery and the current context of the official and recognizable Warsaw city center also with the lining of the urban matter, viewed from the inside. 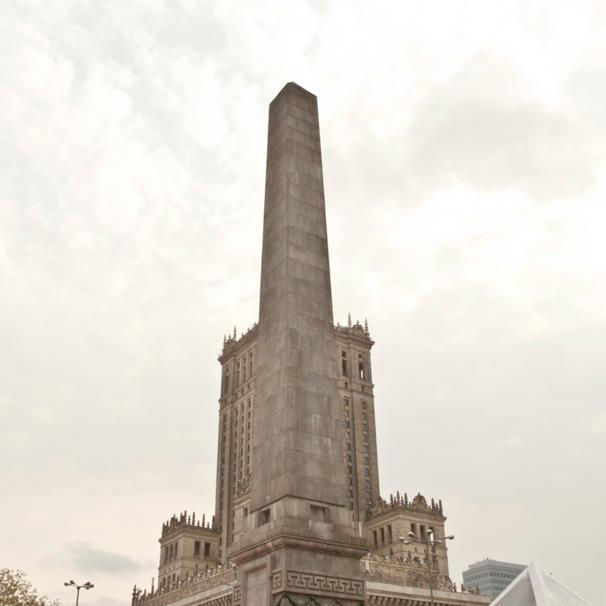 Krzysztof Franaszek’s works combine different perspectives and ways of capturing reality. There can be found an existing context, a familiar territory which is, despite its fragmentarity, dynamics of transformations constantly in motion, still a central point of the city. This constellation includes the most important points of reference: a former workshop at Poznańska Street, The Palace of Culture and Science seen from terraces of the building’s roof or passed-by every day. As if in the center, but more suspended in the artificial emptiness of Plac Defilad, which is significant because of its historical meaning. Another deconstructed part of the urban tissue. On this landmark however, different filters have been imposed – a material sorting the urban matter by form and shape, a tissue which it is made of, detecting its mutations, creating processes, transformations, constructions and deconstruction by ordinary usage, coincidence or intended action.

A piece of road, selected and excavated from a usual urban infrastructure, becomes a geometric form, deprived of its principal, often utilitarian character. But still, it keeps something from the authentic matter, which has its own history and is soaked with the urban consumption. A view on the concrete wall, serving as a stand for advertisement, abstracted from its original placement naturally freezes in the concrete body of the relief. However, it still refers to the scale and form of architecture. Observation of the city, sometimes in its purest and trivial figure of usual places and repeating mechanisms, interferes with the precise and selective framing marked by geometry, form and personal conception. Those coexisting relations are completed by the lightest dimension of reality created by multidirectional and multisided exchange of looks and pictures, unpredictable light effects, which is a tool building an ultra-undurable, but sharp matter, changing proportions, perception and presence of objects in space. 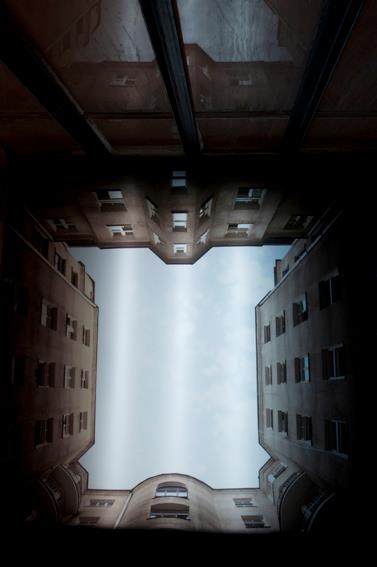 A lot of the artworks has unintentionally became the record and the archeology of its own zone, like imprints and transformations of the artist workshop fragments – a place especially significant for somebody who initiates the process based on the actual size, which changes freely, expands or shrinks. Literal quotes as cast of the sculpted doors of the tenement house at Poznańska Street, balancing on the verge of known/unknown, figurative and abstract, sometimes even disturbing. A story about aspects of life, through fragments, selected views, depicted fields, finds its current anchoring and continuation in the space of gallery at Na Skarpie, where the artist creates the next frame and marks out the relation with the gallery of Sejm hotel in the neighborhood. Light demarcates fictional paths and potential corridors, connecting subjective, artistic symbolic power with the actual authority system as a physical body, socially and politically real – in a form of author’s urban space phantasmagoria.

Pictures of the exhibition made by artist himself. More photos from the opening can be found on Facebook.