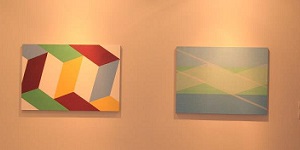 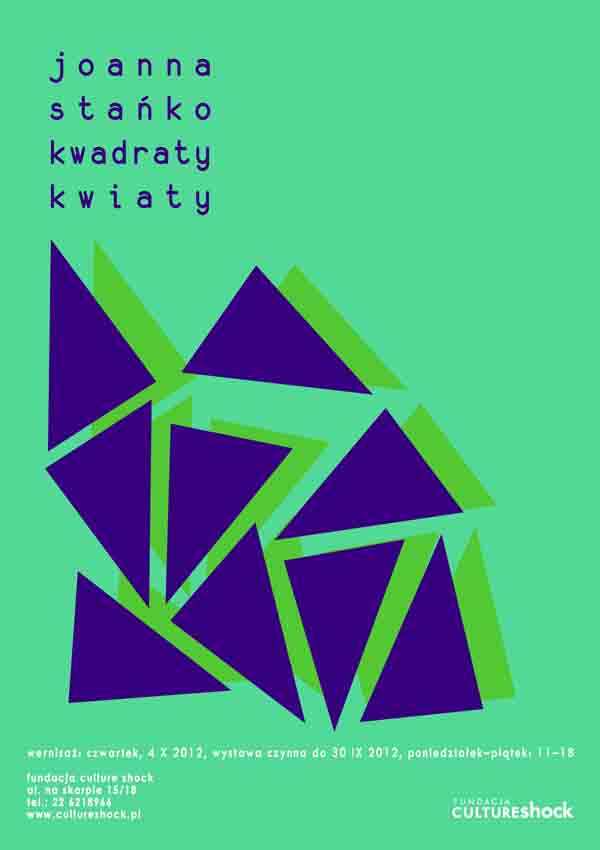 Joanna Stańko studied at the Department of Graphics Design of Academy of Fine Arts in Warsaw, which she has finished it in 1980. She was a part of Dziekanka studio in the 80’. The artist worked mainly on installations and performances in that period. If there were painting, they occurred only on paper.

Her major installations are: "Tańczący błękit", "Koniec i początek" and "Góra światła", performances – "O rozprzestrzenianiu się światła" and "Taniec wieczności" (realised with Tomasz Sikorski). From the beginning of the 90’ she’s been working only on paintings (canvas) and drawings. 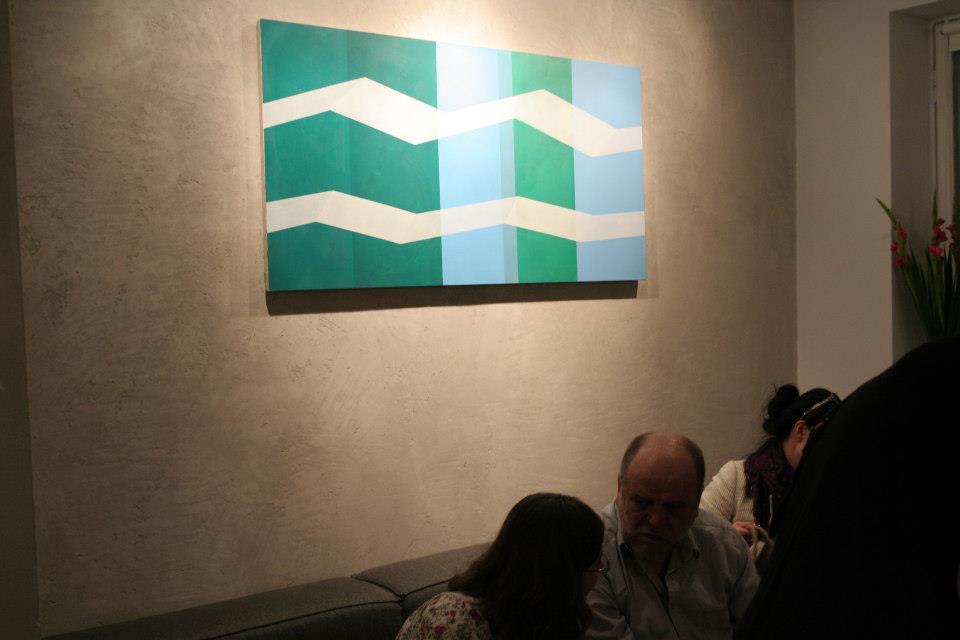 What world would you like to live in? What kind of action would you take up to change it? Can art be this kind of action? Can creativity be the medium which shapes reality, not just record it or comment it? Is it still possible to cherish the hope that art is the liberating power in various aspects and various range? This sort of questions referring to the Bauhaus tradition Joanna Stańko tries to pose very clearly.

Maybe – replies the artist – not referring to the whole world, but to a smaller range. She expresses her reflections in the paintings, which are ”beyond words reach”. Geometric figures, lines and colours are facts. As one of the essential units of pre and over verbal language and also relations between them, connect them with space, in which they appear through creation of impossible figures and forms, what becomes “metaphors of unexplained phenomenon” and what is the result of the discovered experiments with drawings and design.

The reference to Bauhaus is not connected with considering it as a marvelous and exceptional phenomenon from the past, but is an attempt to understand, it as a “past moment, which harmonizes with the presence and allows us to look at the contemporaneity from the outside. It doesn’t mean, that Stańko disconnects the aspects of the modern society and its current issues, but it means we won’t find in her art work direct relations with present events.

This reference is present by the resistance against images and their content (not only the image of the world created by them, but the world in general), created and propagated by media, one the other hand by promoting “small worlds”, “small universes”, a need to “take up the effort to overcome the disturbance of balance/order [mind, body, soul]” connected to life in modern world, faith in some spiritual rights and development, which omitted can intensify the tensions, anxiety and threats, need of beauty, harmony and balance not only interior and individual, and mould the abilities to experience it, but to live in a creative and liberal way, to mention only a few. 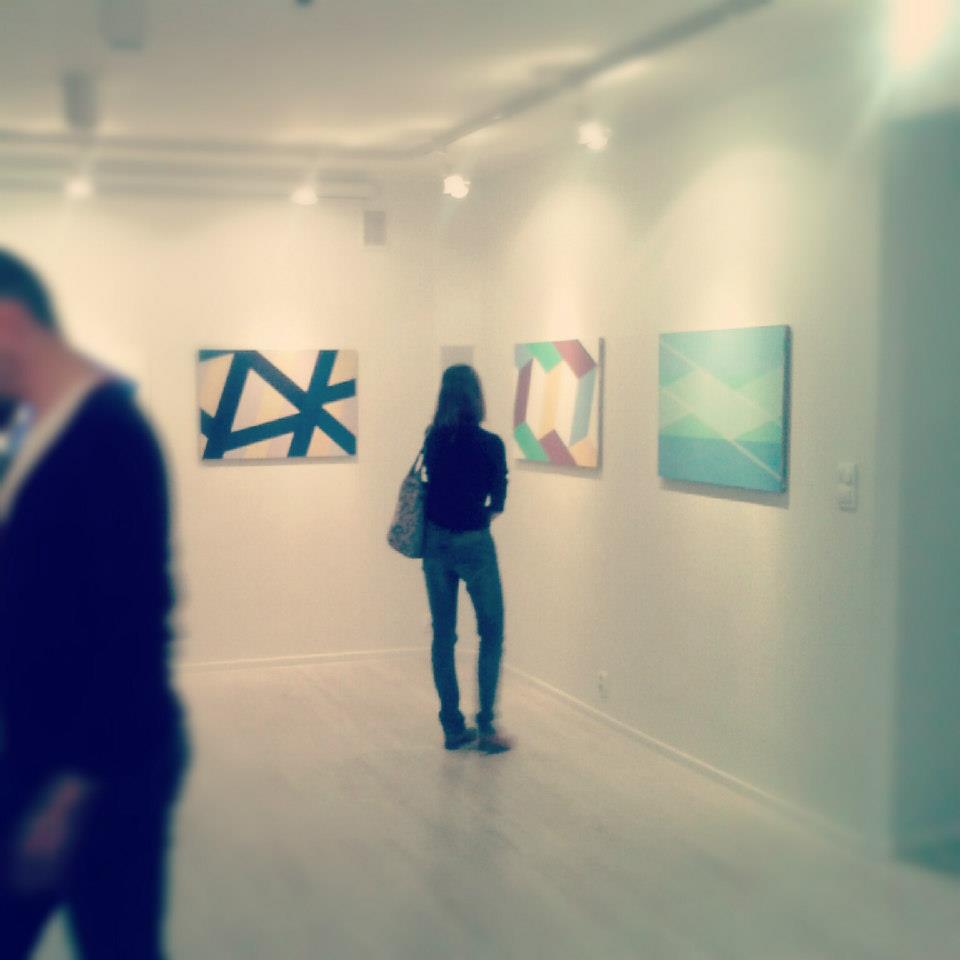 Another important aspect, which appears in the title of the exhibition and corresponds with Bauhaus, is the play/game. The artist could repeat after one of the Bauhaus artists: “tell me how you celebrate and I will tell you who you are”, also his argumentation supported by philosophers’ authority that “fun […] is the force which aimlessness can make the artistic creativity possible”. One of the privileged forms of fun, which appears as a topic in the paintings of Stańko, is dance. From the figurative representation to more abstract, present in the exhibition compositions (which refer not only to the dancing figure but also to the dynamics/energy of the dance).

The next form of fun experienced by the viewer is a play/free game of imagination connected with the experimenting with the images and discovering. Each time every clear canvas becomes the laboratory, designer’s workshop and a playground: painting process, despite it can be determined initially by some primary/first concept, is a process which results can be unpredictable. Experimenting is strongly connected with practice, testing, checking what could be and can be. Because of that it’s hard to find cycles or series in the recent artist’s paintings.

Each picture is different, has a different dynamics/energy and each is an “attempt to overcome the impulse of chaos”. They can display slight elegance of the painter’s whim, a fascinating, full of beauty, harmony and charm complexity and perfection of the miniatures and masterpieces, or confidence and sharpness of the modern visual/design model. Oscillating between tradition and subversive modernity, which uses “mathematical and harmonic shapes, thoroughly explored” (refers to the ornament tradition in space on the surface and on the object), which “are filled with the emotional qualities” and which “express balance between a feeling and intellect”.

More photos from the opening can be found on Culture Shock Foundation's Facebook.