People of Greenpont II is a project on the border of photography, anthropology, and sociology. It’s a story of two young Poles, who came to the United States after year 2003. The photographer accompanies them during their work, free time. Do they consider themselves immigrants? Do they identify with Polish community? The exhibit gives a visual insight to the changing trends of Polish immigration to the United States. It’s part of the “Greenpoint. The Transition 2016” project, co-financed by the Polish Senate’s patronage of Polish Diaspora and Poles Abroad. 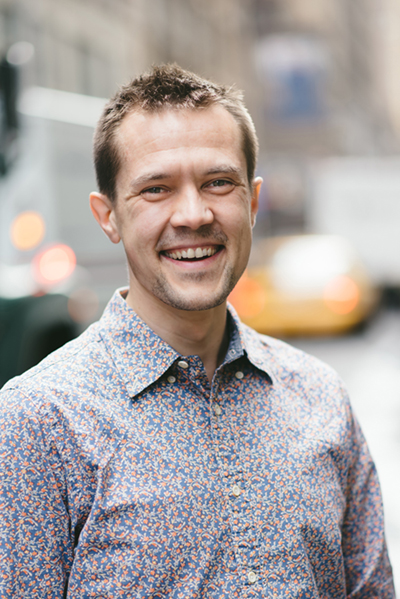 Blazej Sendzielski started taking pictures more than 15 years ago and it quickly became his passion and a job. He worked for several press agencies and national daily paper in Poland. He also collaborated with many NGO’s like WOSP, Society Initiatives Creative E, Culture Shock Foundation. For several years Blazej has been working as a freelancer and his main interest is reportage, culinary and wedding photography. He participated in co-creating Greenpoint Transitions Project. His works were shown in Poland as well as USA. In 2014 he received an Honorable Mention in the competition PX3 Competition in France and International Photography Awards in USA for the series "Plastic delicacy”. Form 2015 is a member of Fearless Photographers. His works were published in magazines like Forbes, National Geographic Traveler, SLOW. Past three years he lives and works in New York.